You are here : Home / News / company news / PHOTON First Recitation Contest
PHOTON First Recitation Contest
Created date : 2021-02-01
In order to enrich the cultural life of colleagues, give everyone a stage to showcase themselves, and further create a good team atmosphere, PHOTON specially organized this recitation contest.
There are three themes in this contest, namely: the award presentation of the champion PD skill contest in May, the award of sales champion in April, and the recitation contest.
The first was the awarding of the PD Skill Competition champion in May, the winners were Li Yamei and Peng Lanlan.
After everyone read the company's oath "Champions" and sing a song "Sunshine is always after the rain", the competition officially started.
The content of this recitation contest is sourced from the chapter "The scrolls marked", which has a profound meaning. It tells the world the secret of success and the meaning of a happy life from it, from setting goals to positive actions, from correcting your own faults to taking life seriously Every opportunity leads us toward a correct life gradually.
During the event, the participants expressed their strong emotions on the sales road with their powerful and heartfelt language, which was either generous or passionate, or painted with colors, which made the audience present feel very emotional and filled with emotion.
Finally, the finale was played by director Lei and special guest Chen.
The performance of director Lei is excellent in voice and affection, and it won the applause from the audience.
To ensure fairness and justice, each department managers in Photon will serve as judgers of the competition.
After a fierce competition, the judges judged fairly in terms of speech content, language, manners, and overall impressions, and finally decided first prize, second prizes and third prize
. The foreign trade manager won the championship with his strength. The winning participants are awarded prizes and prizes by the manager of the finance department, the manager of the planning department and the manager of the logistics department, and the winners take a group photo.
Through this recitation competition, the emotions of colleagues in various departments have been further strengthened. They never forget their original intentions, bear in mind the mission, have the courage to take responsibility, take positive actions and inject new impetus to promote the high-quality development of PHOTON. 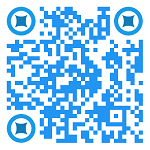